Myrto Schaefer: A chance to help 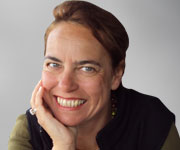 MY first field placement with Médecins Sans Frontières was on the Thai/Burmese border in 1997. I was the only doctor for 40 000 people, and almost half were children.

Trained as a paediatrician, my clinical skills were pushed to extraordinary limits, treating illnesses I had never seen in my native Germany with just a very basic laboratory for diagnostic support.

Fifteen years after that first placement, I have been part of Médecins Sans Frontières (MSF) as it moves ahead in leaps and bounds in its approach to paediatric care. Routine quality neonatal care is now integral to every obstetric project, including training in basic neonatal resuscitation skills as well as management of the sick newborn.

From its beginning 40 years ago, MSF has always had children at the core of its health care delivery. In 1968 in Biafra, medical volunteers with the French Red Cross witnessed the starvation of huge numbers of children, women and men due to the civil war in Nigeria.

Appalled, they created MSF in December 1971. Since then, children have made up a large proportion of our patients in every major humanitarian emergency, be it in refugee camps, or as victims of epidemics, natural disasters, food crises and famines.

Progress has been most marked in paediatric nutrition. We now have ready-to-use therapeutic food to treat severe malnutrition. This has revolutionised traditional prevention and treatment approaches, with most severely malnourished children who formerly would have been hospitalised for weeks now able to be treated at home.

We are working on feasible options for large-scale prevention of malnutrition and its consequences. In 2010 in Niger, for instance, we provided supplementary food to more than 200 000 children in two regions affected by food insecurity, and observed a significant reduction in child mortality.

We also develop strategies to address and prevent disease within communities and families. In the past 2 years in Chad and Mali, for example, we used village workers to provide malaria treatment in the community.

Beyond this, we aim to help families, especially mothers, to be responsible for the wellbeing of their children by providing tools and education to diagnose and treat the most common diseases at home.

Last year, 7.6 million children under the age of 5 years died, the vast majority in sub-Saharan Africa. Most were victims of preventable or curable diseases.

Although global child mortality rates have improved in recent years, this figure is still a travesty.

At the 2011 International Symposium on Reducing Child Mortality, recently hosted by MSF and Epicentre in Melbourne, experts discussed new and improved methodologies to combat this, and ways to deliver health care outside the hospital. The symposium’s focus — delivering health care at the community level, improving existing hospital care, ensuring children receive age-appropriate treatment and developing better diagnostics — has highlighted that individuals, organisations and governments are willing to act to improve this situation.

There is real momentum in the international medical community to tackle child mortality. The recent 2011 report, Levels and trends in child mortality, shows it is possible.

MSF and other organisations have demonstrated that improvements are tangible. And Australian physicians have a lot to offer. Unfortunately, there is never a time when organisations such as MSF are not in need of skilled, dedicated doctors willing to give their time to provide quality health care to the less advantaged children and families of our world.