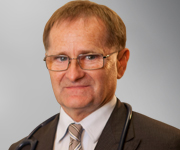 ALMOST 20 randomised trials confirm warfarin as the treatment of choice for the vast majority of older patients who have non-valvular atrial fibrillation.

Despite this Level 1 evidence, as many as 90% of patients who present with AF-related strokes have received inadequate anticoagulation therapy, and 60% are not receiving any anticoagulants, at the time of their stroke; representing one of the major evidence–practice gaps in medicine.

The missed opportunity for stroke prevention has an enormous personal and economic impact. In Australia, AF accounts for 25% of ischaemic stroke and 42% of early ischaemic stroke deaths. One in five NVAF stroke patients die in 30 days, 60% are left disabled and almost 40% percent have died by 1 year. Unchecked, the toll will rise as our community ages.

What are the barriers to evidence-based warfarin use in NVAF, and will newer agents suffer a similar fate?

Warfarin is complex to use and has a brand problem, but research shows that an exaggerated perception of bleeding risk is the major barrier to its use. It continues to be called “Ratsak”, despite reducing stroke risk by 65% and overall mortality by 26%, and its demonstrated safety when used in general practice.

Anecdotally, specialists who overlook the benefits of warfarin or exaggerate its risks have a negative impact on GPs’ confidence to prescribe anticoagulants.

While GPs recognise the benefits of warfarin, their intention to prescribe it is reduced in the presence of commonly perceived risk factors for major bleeding.

Older NVAF patients, for instance, benefit most from warfarin, yet an increase in patient age from 65 years to 75 years will reduce the intention to prescribe from 88% to 73% in a patient with an annual stroke risk of 12.5%. If that 75-year-old has a history of minor falls or past treatment of a bleeding peptic ulcer, the intention to prescribe drops to 45.6% and 17.1%, respectively.

The evidence indicates that these factors are not contraindications, the perception of risk is excessive and the risks are manageable. An excessive fear of bleeding risk leads to avoidable stroke.

Doctors are expected to improve their practice, based on information and experience. Unfortunately, there is little evidence on how to effectively alter existing practice in groups of doctors whose concerns about adverse events are a barrier to evidence-based prescribing.

“Sins of commission” have more impact on clinical behaviour than “sins of omission”. Clinicians with an NVAF patient experiencing a major bleed on warfarin are less likely to prescribe warfarin to other AF patients.

Conversely, when a patient with NVAF is not prescribed warfarin and has a relatively common ischaemic stroke the GP is no more likely to prescribe warfarin in future.

New agents such as dabigatran have lower reported intracranial haemorrhage rates than warfarin. However, differences in major bleeding rates between warfarin and proposed newer agents — and even aspirin — are small or non-existent in absolute terms.

Although newer agents are more convenient, they are not acutely reversible at the time of bleeding, and experience of major bleeding with new drugs may also lead to an increased perception of bleeding risk.

Rather than another 200 g of mailed guidelines or a product insert, we need to overcome decisional conflict and  exaggerated fear of bleeding in prescribers, who are more reluctant to use warfarin than their patients.

The program also provides expert decision support for complex patients, identified during the telephone detailing. We hope decision support can build a clinician’s confidence to select anticoagulants, according to evidence.

Warfarin’s barriers go beyond the perception of bleeding risk. Perhaps the solution to underuse of anticoagulants will be enthusiastic commercial promotion of the newer, more convenient agents.

However, the trade-offs between old and new are complex, and convenience may not overcome experience of an adverse event. We could easily find ourselves back where we started.

When it comes to anticoagulants, perception overcomes evidence at the prescription pad. We need new strategies to improve the evidence-based use of all anticoagulants and to close other evidence–practice gaps beyond stroke prevention.

Dr John Worthington works at the Ingham Institute and is a conjoint associate professor in the faculty of medicine at the University of NSW and a senior staff specialist at Liverpool Health Service, Sydney.