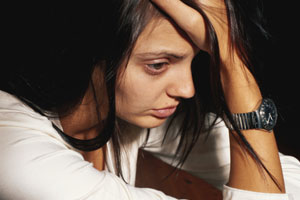 YOUNG people with a history of attempted suicide have seven-times the risk of death from heart disease compared with those who have not attempted suicide, according to a US study which highlights the need for improved detection and treatment of depression in young people.

The longitudinal study, published in the Archives of General Psychiatry, is one of the first to look at the correlation between depression and heart disease in adults under the age of 40. (1)

Researchers from Emory University and the US Centers for Disease Control and Prevention in Atlanta followed 7641 adults, aged from 17 to 39 years, for nearly 15 years. In that time, 51 subjects died of cardiovascular disease (CVD), including 28 from ischaemic heart disease (IHD). Those with depression had triple the risk of death from IHD and among those with a history of attempted suicide, the risk increased sevenfold.

The researchers found the association was more profound for women. Those with depression or a history of attempted suicide had a 14-fold risk of death from IHD and triple the risk from CVD.

The researchers said the study highlighted the importance of stress reduction in young adults, especially women.

“Our study uncovers a profound role of psychological factors on premature CVD deaths in young individuals,” they said.

Professor Ian Hickie, professor of psychiatry at the University of Sydney’s Brain and Mind Research Institute, said the correlation found in younger populations strengthened the case for depression being an independent risk factor for heart disease.

“This study certainly confirms earlier work, but takes it further by focusing on the extent to which severe depression precedes, and is a risk factor to, heart disease”, Professor Hickie said.

“It’s also easier in younger populations to be clear that it’s not due to some other medical effect. The message has to be that there are a whole series of reasons to treat depression properly.”

He said many doctors did not realise how much strain stressed brains could place on the heart. “If they do that chronically over the long term, this is the sort of effect you get.”

The researchers said depression was thought to increase the risk of IHD through several stress-related physiological mechanisms such as lower heart rate variability and increased cortisol secretion.

“Though the numbers studied were small, if the same results are found with more rigorous testing, it will have major implications”, he said. These included a need for more intensive management of risk factors in depression, and a cardiovascular risk assessment for those with mental health problems.

Professor Brian Oldenburg, head of the International Public Health Unit at Monash University, said the study added to understanding of the complex relationship between depression, cardiovascular disease and suicide “by helping to disentangle the association”.

“[The research results] further advance our knowledge of this association by demonstrating that history of suicide attempts, not just as a symptom of depression, is likely to be a very important and under-recognised risk factor for IHD in addition to depression.”

He said the study inferred that targeted prevention efforts might need to be age- and sex-specific as well.