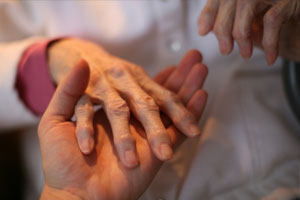 TUMOUR necrosis factor inhibitors are not associated with an increased risk of serious infections compared with non-biologic medications, according to new research suggesting the drugs may be safer than previously thought. (1)

However, Professor Timothy Florin, head of the inflammatory bowel disease team at the University of Queensland, said the research needed to be interpreted with “a lot of caution”.

The retrospective cohort study, published in JAMA, involved tens of thousands of patients with autoimmune diseases, such as rheumatoid arthritis or inflammatory bowel disease, who were newly prescribed either tumour necrosis factor (TNF)-α antagonists or non-biologic medications.

Among rheumatoid arthritis patients, serious infection hospitalisation rates were 8.16 per 100 person-years for those on TNF-α antagonists, and 7.78 for those on comparator medications. The corresponding rates for inflammatory bowel disease patients was 10.91 (TNF-α antagonists) and 9.60 (comparators). Most of the infections were pneumonia and skin and soft tissue infections.

“We found no increased rate of hospitalisations for serious infections among patients initiating a TNF-α antagonist (as a group) compared with those taking comparator non-biologic therapies”, the researchers wrote.

However, among rheumatoid arthritis patients, those taking infliximab had a significantly increased risk of serious infections compared with other biologic regimens.

The results are contrary to previous trials and meta-analyses, which found that TNF-α antagonists increased the rate of serious infections, including reactivation of tuberculosis.

Professor Florin said he would not be changing the way he prescribed TNF inhibitors based on the new research.

“The fact that there was a null result could be interpreted as reassuring but it flies in the face of what we already know”, said Professor Florin, who is also professor of medicine at the University of Queensland.

He said there could be methodological reasons for the surprising finding, particularly because the research combined data from four non-standardised databases, or perhaps clinicians were making better prescribing decisions.

The study authors said most previous research compared biologic drugs to placebo. In the current study, the rate of infections among all patients, including those treated with non-biologics, was much higher than in previous studies.

A related editorial in JAMA described the study findings as “intriguing” and said there was a need for replication in other research. (2)

“[The results] question the accepted notion that anti-TNF therapy confers an increased risk of serious infection”, the editorial said.

It said the observed relative risk could be due to the comparator population used, or because of other characteristics in the cohort that influenced its risk of infection or influenced clinicians’ prescribing decisions.

“For instance, anti-TNF therapy might be avoided in patients with prior infection or frailty, both of which are associated with infection risk.”

The editorial also raised concerns about the extensive loss of study participants, which could have skewed results.

“Nevertheless, the report … raises important questions about the comparative safety of immunosuppressant and biologic therapy and may prompt a re-evaluation of anti-TNF safety.”