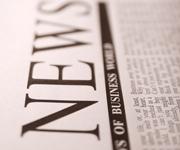 SensaSlim wins Shonky award
SENSASLIM “weight loss spray” has won the Choice Shonky Award for “making snake oil look good”. The consumer group said that the Therapeutic Goods Administration also deserved an “honorary Shonky” for their role in the SensaSlim saga. The Shonkys were reported by the Sydney Morning Herald.

IVF ovarian cancer risk
WOMEN who undergo ovarian stimulation for in vitro fertilisation may be at increased risk of ovarian malignancies, according to research published in Reproductive Epidemiology. The study was reported in the Los Angeles Times.

Lung cancer screening ineffective
SCREENING for lung cancer using chest radiographs does not reduce mortality from lung cancer compared with usual care, according to a randomised controlled trial involving more than 150 000 participants published in the Journal of the American Medical Association. The research was reported in the Herald Sun.

Health spend hits $121 billion
HEALTH expenditure in Australia has risen from $72.2 billion to more than $121 billion in the past 10 years, according to a new report from the Australian Institute of Health and Welfare. The report, which looked at the period from 1999-2000 to 2009-2010, said spending on public hospitals was estimated at $36.2 billion. The figures were reported by ABC News.

Record births
MORE births (297,900) were registered in Australia in 2010 than in any previous calendar year, according to new data from the Australian Bureau of Statistics. The average age of a mother in 2010 was 30.7 years and 33.1 years for a father. The data were reported in The Age.