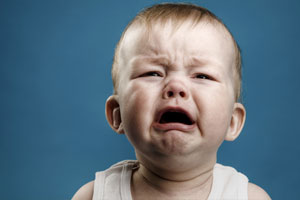 ALTHOUGH the rates of serious adverse events in a clinical trial of CSL Fluvax in 2006 were similar to those which led to the suspension of the product in 2010, the Therapeutic Goods Administration says a comparison of the two sets of data is invalid.

Clinical trial data for the 2006 season showed that two children out of 272 experienced serious adverse events within 24 hours of receiving Fluvax, including one child who had a febrile convulsion and one who had pyrexia and vomiting.

This rate of febrile convulsions (1 per 272) is similar to the estimate for the 2010 season (3.3 per 1000) which led to the unprecedented decision by Australia’s chief medical officer to suspend the use of paediatric flu vaccines.

A TGA spokeswoman told MJA InSight that a single adverse reaction report within a clinical study was not usually regarded as an adequate signal of a major safety problem.

Lead author of the clinical study, Professor Terry Nolan, also told MJA InSight that the small sample size of the study meant the rates of febrile convulsions were not comparable with those seen in the community in 2010.

In response to an article last week in The Australian, Professor Nolan, who chairs the Australian Technical Advisory Group on Immunisation (ATAGI), said it was not his role to advise the TGA of the adverse events seen in the clinical study. (2)

“We did a clinical study. It was published in a peer-reviewed journal. The serious adverse events were notified to the sponsor [CSL]”, said Professor Nolan, who is also head of the school of population health at Melbourne University.

The TGA spokeswoman said that CSL advised them of these adverse events as they occurred, however these events “gave no safety signal”.

CSL did not advise the TGA of all the data in the Nolan paper until May 2010, and the data has still not been added to the product information, as reported in MJA InSight last week. (3)

The spokeswoman said that the study was published in 2009 at a time when the world was facing a potential influenza pandemic.

“In that context, the publication of a study demonstrating that the seasonal flu vaccine, which had been proven to be safe over 4 decades, had a higher rate of fever than in some other studies was not a matter of great significance at that time”, she said.

However, other experts believe the 2006 data should have been acted on, particularly as the rates of fever in children were almost double what had been seen in 2005 data from the same study.

“How a government agency can say it didn’t matter that the side-effect profile was twice what we saw before I find astounding”, said Professor Peter Collignon, professor of infectious diseases at the Australian National University.

Professor Collignon said the argument that the high rates of adverse events seen in 2010 were a one-off event linked only to the 2010 seasonal flu vaccine was becoming questionable.

“There’s enough evidence to show that at least fevers were occurring at higher rates at other times”, he said.

He said increases in fever rates, regardless of convulsion rates, were significant in their own right.

“You don’t have a febrile seizure unless you have a fever”, he said.

Professor Collignon said the bigger issue was the lack of efficacy and safety data for paediatric flu vaccines in general, based on long-term prospective studies involving thousands of children.

“Those studies haven’t been done and they need to be done.”