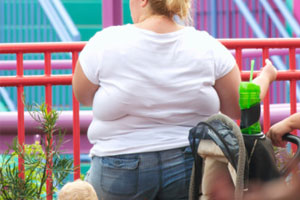 A SOCIAL experiment in which women and children living in poverty were moved to more affluent areas has shown that neighbourhood environment is a factor in health outcomes, particularly diabetes and obesity.

From 1994 to 1998, 4498 US women with children living in Baltimore, Boston, Chicago, Los Angeles and New York were randomly assigned into three groups. The first received housing vouchers redeemable if they moved to a low-poverty area, the second received traditional vouchers with no restrictions on housing location, and the third received no additional assistance.

Ten to 15 years later (from 2008 to 2010), the participants had their height, weight and level of glycated haemoglobin measured.

“The prevalences of a BMI of 35 or more, a BMI of 40 or more, and a glycated haemoglobin level of 6.5% or more were lower in the group receiving the low-poverty vouchers than in the control group”, the researchers wrote in the New England Journal of Medicine. (1)

The results “raise the possibility that clinical or public health interventions that ameliorate the effects of neighborhood environment on obesity and diabetes could generate substantial social benefits”.

Professor Paul Zimmet, director of international research at Baker IDI Heart and Diabetes Institute, said the research indicated the importance of neighbourhood in relation to obesity.

“It’s really what I and some of my colleagues have been trying to preach to the Australian Government for the past couple of years, , and that is how important the environment people live in is in relation to the obesity problem”, he said.

Professor Zimmet said the study showed that obesity was not a “one issue problem”.

“There are groups of people who are so focused on their own interests like reducing television viewing time in children’s viewing hours, putting traffic lights on food, food labelling and exercise.

“They focus on just one aspect of what is a huge problem and it comes back to this article in the New England Journal of Medicine — how important the environment we live in is … for healthy living.”

Professor Joe Proietto, professor of medicine at the University of Melbourne, said the results were “very interesting” and consistent with evidence that there was more obesity in lower socioeconomic areas.

He said it was often assumed obesity was more common in lower socioeconomic areas because junk food was cheap and there were more junk food outlets in those areas; however, there were other hypotheses to consider.

Other research published last week found that gastric bypass surgery may have a “halo effect” on the patient’s family. (2)

The study followed 50 family members of 35 patients who had undergone Roux-en-Y gastric bypass surgery in the US for one year, noting significant decreases in mean weight in those who were obese at baseline. Family members also increased their daily activity levels, improved their eating habits and consumed much less alcohol.

However, Professor Paul O’Brien, head of the Centre for Bariatric Surgery at Monash University, said he didn’t accept that it was the bariatric surgery that showed a halo effect because the families had participated in a dietary and lifestyle program as part of the study.

Nevertheless, he said he had observed halo effects after bariatric surgery within families, although he had not measured it formally.

“I’ve certainly had people tell us ‘Mum doesn’t buy Tim Tams anymore’”, he said, adding that 75% of his patients were female and generally in control of eating patterns within the home.