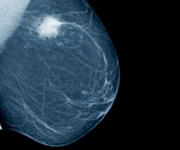 A FINDING from the UK Million Women Study that women who are overweight or obese are at a 20% increased risk of breast cancer is an important message for these patients, says a leading Australian expert.(1)

Professor Susan Davis, director of the Women’s Health Research Program at Monash University, said the new results showed that women aged 50–59 years with a body mass index (BMI) below 25 kg/m2 (the not-overweight range) had an incidence rate of breast cancer of about 2.5 per 1000 women per year, whereas a BMI of 25 or more but less than 30 was associated with an incidence rate of about 3 per 1000 women per year.

This meant an increase in risk of about 20%.

The increased risk with weight, which was even greater in obese women (BMI of 30 or more), was observed in women who had never used hormone replacement therapy (HRT).

“We are not explaining to women that simple things like losing weight and exercise are associated with a reduced risk of breast cancer yet we freak women out about HRT,” Professor Davis said.

The study involved more than 1.1 million postmenopausal UK women aged 50–64 years who provided prospective information on HRT use and other factors relevant for breast cancer risk.

During 4.05 million person-years of follow-up, 15 759 incident breast cancers occurred, with 7107 in current users of HRT.

The results were published in the Journal of the National Cancer Institute.

The study authors said incidence rates for breast cancer increased with increasing adiposity among never users of HRT but not among users of HRT.

“Circulating levels of endogenous estrogens increase with increasing body mass index among nonusers of hormonal therapy, and this observation explains most, if not all, of the increased risk of postmenopausal breast cancer with increasing adiposity,” they said.

Other findings from the study were that women who start HRT before or soon after the start of menopause are at higher risk of breast cancer than those who start taking it 5 years after menopause.

The higher risk of breast cancer when HRT was started around menopause, compared with starting after a longer gap, was seen across different types of HRT, among women who used HRT for a short or long time, and in lean, overweight and obese women.

The annual standardised incidence rates for breast cancer at 50–59 years of age were 0.3% among never users of HRT and 0.43% and 0.61%, respectively, among current users of oestrogen-only and oestrogen–progestogen formulations who began use less than 5 years after menopause.

Professor Davis said the findings regarding when HRT therapy started were not new and had been summarised in an Endocrine Society scientific statement on postmenopausal HRT released last year.

The statement, based largely on data from the Women’s Health Initiative (WHI) study, was published in the Journal of Clinical Endocrinology & Metabolism.(2)

Professor Davis said that like all treatments, HRT was associated with risk.

“However, for women aged 50–59 who are severely symptomatic and seek therapy, the global mortality rate is lower for HRT users versus non-users despite the fear engendered about breast cancer,” she said.

“I am seeing so many women who understand the risks but their quality of life is so unbearable untreated that they seek therapy to have a quality of life. Severe sleep deprivation, continuous exhaustion, altered mood are not things women will put up with.”

Professor Alastair MacLennan, head of obstetrics and gynaecology at Adelaide Women’s and Children’s Hospital and a past president of the Australasian Menopause Society, said the latest findings from the Million Women Study was another “scare” article with no quality data that should change current clinical practice.

“The Million Women Study was a level III observational study with potential selection, detection and recall biases,” he said.

Professor MacLennan said the latest (2008) consensus statement from the International Menopause Society based on quality data was that for symptomatic women near menopause, HRT tailored to the individual was a relatively safe option, and had many benefits that outweighed the small absolute risks at that age.(3)