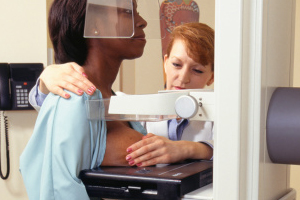 INCONSISTENT policy across Australia on screening women with a personal history of breast cancer has been highlighted by a study showing these women benefit from mammography screening.

In the first study of its kind in Australia, researchers evaluated 713 191 screening mammograms from two groups of women — those with and without a personal history of breast cancer (PHBC) — between 1997 and 2006 at BreastScreen WA and found the cancer detection rate (CDR) per 10 000 screens was significantly higher in women with PHBC. (1)

Women with a PHBC also had lower overall rates of recall for assessment than those without a PHBC, which the authors attributed to the PHBC group being older and more likely to have three or more radiologists arbitrate on their screening mammograms.

The study authors, led by Dr Nehmat Houssami, associate professor at the Screening and Test Evaluation Program, School of Public Health, University of Sydney, said the findings supported the inclusion of women with a PHBC in mammography screening programs if they opt to do so.

Women are invited to participate in BreastScreen Australia on the basis of age alone. While eligibility starts at 40 years of age, women aged 50-69 years are specifically targeted for the program. However, the policy on screening breast cancer survivors is inconsistent among states and territories, partly due to lack of data.

The federal Department of Health and Ageing makes clear on its website that further research is needed to assess whether there is benefit in more frequent screening for women at high risk of breast cancer, but it says BreastScreen is targeted specifically at well women without symptoms. (2)

Dr Houssami said a recent evaluation of the program had recommended consideration of the national provision of screening for PHBC women through BreastScreen services.

“There is no clear-cut designated clinician who is responsible for the longer-term follow-up and breast care of women with PHBC”, she told MJA InSight.

“We need to move towards a national policy where we … allow these women access to BreastScreen after the initial few years following their breast cancer treatment”, she said, adding that these women still needed to be monitored for interval cancers, which is part of BreastScreen’s quality assurance process.

She said the women did not have to go through BreastScreen but they should be granted access into the program.

Professor John Boyages, a radiation oncologist and director of the Westmead Breast Cancer Institute in Sydney, said the study showed it was “basically silly” to exclude women with PHBC from the national breast screening program.

Professor Boyages said at the Westmead Breast Centre there was a quota on how many women with PHBC could attend for a BreastScreen service, but a lot of doctors and women with PHBC didn’t realise they may be able to be screened in this way.

However, he said there should not be a “scattergun approach” to allowing access to BreastScreen.

“Yes, let’s allow greater access but restrict it to women who do not need a routine ultrasound. Some cancers are simply not found on a mammogram or are difficult to see (such as lobular cancers) without an ultrasound and sometimes an MRI [magnetic resonance image]”, he said.

“Other women find it stressful going back to where their cancer was detected — it brings back too many bad memories. Others don’t want to wait up to two weeks to get a result and prefer a radiologist who can look at the x-rays and talk to them about their test.”