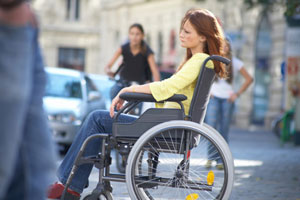 Researchers writing in the New England Journal of Medicine said the results of the phase 3 study suggested teriflunomide was an effective new oral monotherapy for relapsing MS. (1)

The drug was shown to reduce relapses irrespective of dose. Those in both teriflunomide groups had a relative risk reduction in the annualised relapse rate of about 31% compared with those in the placebo group.

“Anything that stops or slows MS is exciting. And all of the drugs that we have available in Australia now and these ones that are in the pipeline or on the horizon, looking as though they are going to be beneficial, are also exciting.”

“Multiple sclerosis is a chronic, disabling, crippling disease affecting young people, young adults, often in the prime of their lives with families and careers”, said Professor Carroll, who is also chairman of the MS Research Australia research management council.

While natalizumab is available in Australia, teriflunomide is not currently used.

The Cochrane data showed “excellent figures” for natalizumab and patients and doctors were “extremely satisfied” with its efficacy so far, Professor Carroll said.

However, he said that natalizumab was being watched closely because it was linked to progressive multifocal leukoencephalopathy, a viral infection of the brain, with about 159 cases worldwide.

“This drug is the most scrutinised drug almost ever introduced into Europe, America and Australia”, Professor Carroll said.

Professor Carroll said there were an increasing number of effective MS drugs that gave doctors and patients a choice of treatments best suited to their individual patients’ needs.

“Multiple sclerosis is not a condition for which one drug fits everybody very well”, he said.

“The more choice and the more variation in effective treatments, the better.”