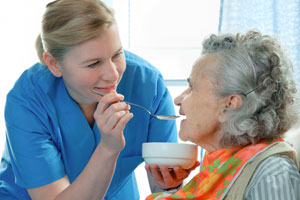 MOST patients with aspiration pneumonia respond to treatment without the use of anti-anaerobic drugs, such as metronidazole, even though the current Australian guidelines recommend using these antibiotics.

Writing in this week’s MJA, infectious diseases doctors from Austin Health in Melbourne questioned the use of metronidazole in aspiration pneumonia. (1)

“There is limited evidence regarding the involvement of anaerobes in most cases of aspiration pneumonia”, the authors wrote.

However, metronidazole may be appropriate in aspiration pneumonia patients with a lung abscess, necrotising pneumonia, putrid sputum or severe periodontal disease.

The authors cautioned that widespread use of metronidazole could promote antibiotic resistant organisms such as vancomycin-resistant enterococci (VRE).

Dr John Ferguson, area director of infection prevention and control at Hunter New England Health in NSW, said the paper was “very useful” and agreed the use of anti-anaerobic agents in aspiration pneumonia was a “grey area”.

“As the authors point out, there’s no good evidence that adding metronidazole makes a difference”, he said.

There have been no prospective randomised controlled trials in adults comparing treatment for aspiration pneumonia with or without metronidazole, although there was a small clinical trial in children conducted in 1997.

Dr Ferguson, who is on the expert group for the therapeutic guidelines on antibiotics, said the paper would be discussed at next year’s guidelines meeting.

“We will actively review this subject at therapeutic guidelines and consider the evidence”, he said.

Dr Ferguson said he didn’t believe the paper warranted an immediate change in clinical practice, although he said it concurred with his clinical experience.

However, he said it was often difficult to identify which patients with aspiration pneumonia were in the particular subgroups that would benefit from early anti-anaerobic treatment, and suggested this could be a focus of future research.

Dr Gottlieb also said the authors’ concern about overuse of antibiotics was valid.

“In certain settings — in the elderly and in intensive care — anti-anaerobic cover increases antibiotic exposure and promotes the possibility of certain resistant organisms like VRE”, he said.

Dr Gottlieb welcomed the MJA paper, because he said clinical practice often relied on automatic prescribing behaviours, which may not be evidence based.

“The trouble is, if you’re given a certain diagnosis, for instance if you hear ‘aspiration pneumonia’, then it triggers an instant reaction that one of the things you must give is an anaerobic agent.

“I think this [paper] is a welcome challenge to established wisdom, which may be followed slavishly and is not in fact always based on good evidence”, he said.

An editorial in the same issue of the MJA explored the pitfalls of relying on “dogma” as a clinician. (2)

“… one might even expect that we, the doctors, aware of the course of science, would know that all the dogmas of today are destined to be footnotes in the annals of the history of medicine”, said Professor Rinaldo Bellomo, director of intensive care research at Austin Health, in the editorial.

“Alas, it is not so. We are not very good at letting go of dogma.”