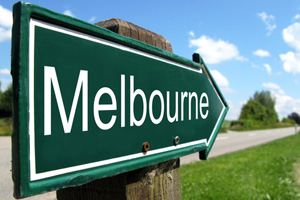 Distance to radiotherapy impacts on survival

THE further patients with rectal cancer live from radiotherapy facilities the worse their survival outcomes, new research shows, possibly due to factors such as the cost and travel time involved in accessing treatment.

The study, in the latest MJA, found that, on average, there was a 6% increase in mortality risk for each 100 km increment in distance from the nearest radiotherapy facility for rectal cancer patients. (1)

“To our knowledge, this is the first time that the association between distance to treatment centres and survival for patients with rectal cancer has been reported in Australia”, the study authors said.

After adjusting for age, sex and stage at diagnosis, patients in Queensland who lived 100-199 km, 200-399 km and 400 km or more from a radiotherapy facility were 16%, 30% and 25% respectively more likely to die from rectal cancer than patients living within 50 km of such a facility.

Lead author of the study Dr Peter Baade told MJA InSight that the main barriers for rural people to access treatment included cost and travel time, “particularly given that radiotherapy requires ongoing treatment over a period of weeks”.

The researchers raised the possibility that the association between distance from a radiotherapy facility and survival after rectal cancer could be due to unmeasured factors such as demographic and socioeconomic factors.

Despite the findings, Dr Baade, a senior research fellow at the Cancer Council Queensland, said the centralisation of radiotherapy services had merit and “it is just not cost effective to put linear accelerators out in rural and remote areas”.

“The key is to introduce methods by which the impact of distance and accessibility is reduced. Important factors include making sure that there is realistic financial reimbursement for travel and accommodation costs incurred during radiation treatment.”

However, Dr Graeme Morgan, former director of radiation oncology at Royal North Shore Hospital, Sydney, and an honorary associate professor at the University of Sydney, said the main reasons for poor survival were the lack of machines and the distance to travel for radiotherapy.

“There will be over 2000 preventable deaths each year due to lack of radiotherapy, more than the number who die from motor vehicle accidents.”

He said rural patients also suffered the hardship of being removed from their family while undergoing radiotherapy.

Dr Morgan, who has published research on access to radiotherapy, said action was needed on a 2002 report by Professor Peter Baume, which addressed the issue of lack of radiotherapy. (2)

“We do not need another inquiry — there have been over 60 at state and federal levels since 1985”, he said. “We need action on the recommendations.”

Dr Craig Underhill, a medical oncologist and former chair of the regional and rural section of the Clinical Oncological Society of Australia, said a lot was being done to try to improve treatment access, with cancer centres being built where the size of the populations justified their presence.

Dr Underhill also suggested it may not be just a health issue but a broader social and socioeconomic issue.

“You can’t have radiotherapy treatment centres everywhere but if people have to travel they need to be adequately supported”, he said.