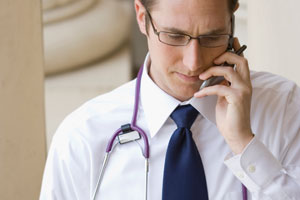 GP educators have called for a new model of teaching in general practice amid concerns that the current system threatens the quality of supervision and patient care.

Writing in the latest MJA, Dr Susan Wearne, a GP trainer at Flinders University Rural Clinical School in Alice Springs, identified a “potential crisis” in GP teaching due to the increased supervisory responsibilities of GPs. (1)

In the current teaching model, GP supervisors had to juggle the competing demands of patient care and answering student queries, Dr Wearne wrote. Constant interruptions by students potentially reduced the quality of patient care provided by GP supervisors, as well as the number of patients they could see and their income.

Professor Mark Harris, executive director of the Centre for Primary Health Care and Equity at the University of NSW, agreed there had been a “massive expansion” in general practice education, including extended prevocational placements for medical students.

In the past, student placements in general practice were short-term and focused on providing “a taste” of the profession, Professor Harris said.

“Now medical schools recognise that general practice is an important setting to learn medicine, with a lot of problems that aren’t seen in hospitals. There’s been a real shift, which is good, but it adds to the pressures and the workload”, he said.

Dr Wearne has proposed a new model using consultant on-call GP supervisors to coordinate education and training within a practice team, and supervise registrars at a distance. The GP consultant would have dedicated teaching responsibilities, with no booked patients, and would receive an annual salary of about $250 000.

The role could also be shared by GPs within practice(s) or towns, but with one supervisor given primary responsibility for each learner, Dr Wearne wrote.

Professor Harris welcomed the MJA paper, saying there was a need for lateral thinking on GP education. He said the model could work with some tweaking; for instance, by ensuring that consultants providing distance supervision were familiar with the registrar’s practice.

“If we want to build capacity in supervision we need to have a sustainable model”, she said.

Removing the patient load could “take some of the stress out of supervising, and make it a more attractive proposition”, Dr Marles said.

One benefit of the rotational system was that GPs could maintain their skills by working as a GP, which would assist them in providing quality education.

Dr Marles and Professor Harris said it was also important to consider how patients feel about the expansion of GP education.

A research letter in the MJA reported that GPs perceive private, fee-paying patients as less accepting of student involvement in medical education than bulk-billing patients. (2)

However, Dr Marles and Professor Harris both said that this had not been their experience.

“In my experience [patient acceptance] is more about the nature of the consult or the patients’ time limits”, Dr Marles said.

Dr Marles emphasised that patients have the right to choose whether there was a student or anyone else sitting in on a consultation.