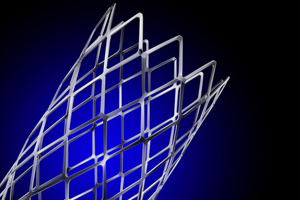 CONCERNS about the safety and efficacy of drug-eluting stents have been eased by a prospective 4-year Australian study that found adverse outcome rates were low.

The study of 9204 percutaneous coronary intervention (PCI) procedures from 2004 to 2008 found selective use of drug-eluting stents (DES) was an independent predictor of freedom from major adverse cardiac events, consisting of death, myocardial infarction (MI) and target vessel revascularisation (TVR), at 12 months.

The findings, based on data from the Melbourne Interventional Group (MIG) registry, are reported in this week’s MJA. (1)

DES fell out of favour in 2006 when data presented at the World Congress of Cardiology suggested they were associated with higher death rates than bare metal stents (BMS).

An editorial in the same issue of the MJA said the research “gives a fascinating insight into physician behaviour by documenting the local change of practice that followed concerns regarding DES”. (2)

Coauthor of the editorial and interventional cardiologist Dr Christopher Hammett, of the Royal Brisbane and Women’s Hospital, told MJA InSight there had been an absolute wealth of data since 2006 showing without doubt that DES were safe and effective and the MIG data had provided further evidence.

But he said a balanced approach to their use was necessary. “We shouldn’t go back to where we were when 95%-100% of patients had drug-eluting stents put in because it was unnecessary for quite a proportion [of patients] who had a very low risk of re-narrowing of the artery anyway”, he said.

“But we should be making sure that those patients who have the features … that indicate increased risks for re-narrowing, do have drug-eluting stents.” Those features include diabetes, chronic renal failure, chronic total occlusion, previous coronary artery bypass grafting and in-stent restenosis.

Dr Hammett said it was probably appropriate for 70% of patients to have DES and the remainder to have BMS. Cost was also a factor that needed to be weighed against the benefit for each patient as DES cost four times more than BMS.

He said it was reassuring to see that doctors were cautious whenever there was a suggestion of harm, but they needed to consider how robust the information was and the potential adverse consequences of withholding therapy before acting.

“In the case of drug-eluting stents, the reports of harm were overstated and underuse of this technology persisted long after its safety was reaffirmed”, he said.

A second research paper in the same issue of the MJA showed significantly reduced inhospital heart failure episodes and readmissions for ischaemic heart disease among patients with acute coronary syndromes (ACS) in Australia and New Zealand from 2000–2007. (3)

The study of 5615 patients found an increase in revascularisation with PCI coincided with increased use of statin therapy, angiotensin-converting enzyme (ACE) inhibitors or angiotensin receptor blockers and thienopyridines.

“It is plausible that improvements in revascularisation, together with increased use of ACE inhibitors, are contributing to reduce acute heart failure among patients with ACS”, the authors said.