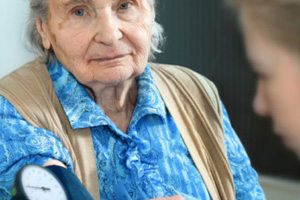 Antidepressants a risk in dementia

The study, published online in The Lancet, also found that there were more adverse reactions and “severe” serious adverse events in patients treated with sertraline or mirtazapine compared with placebo. (1)

The study authors said the present clinical practice of prescribing antidepressants as the first-line treatment of depression in Alzheimer patients must be changed.

“Clinicians and investigators need to reframe the way they think about the treatment of people with Alzheimer’s disease who are depressed, and reconsider routine prescription of antidepressants,” they wrote.

They recommended patients should be referred to local specialist services in which non-drug treatments could be deployed.

The UK Health Technology Assessment Study of the Use of Antidepressants for Depression in Dementia (HTA-SADD) was a double-blind trial in which 326 elderly patients with Alzheimer disease and depression were randomly allocated to receive sertraline, mirtazapine or placebo, all with standard care. The patients had moderately severe Alzheimer disease and clinically significant depression.

Although severity of depression decreased in all three groups compared with baseline, there were no differences between groups in the decrease in depression scores at 13 weeks and 39 weeks, or in most of the other outcome measures for patients and carers.

“Our analysis suggests that antidepressants should not be prescribed as a first-line treatment for people with depression in Alzheimer’s disease who are referred to old-age psychiatry services, as many cases will resolve with usual care without sertraline or mirtazapine. Stepped care, with watchful waiting, is advocated for the community treatment of depression (without dementia),” the authors said.

In an accompanying comment article in The Lancet, Professor Henry Brodaty, professor of psychogeriatrics in the brain and ageing research program at the University of NSW, said the trial underscored the need for clinicians to think about creative alternatives to drug treatment for the management of depression in people with dementia, and to use evidence-based techniques and partnerships with family carers. (2)

He said the study authors had previously emphasised a stepped-care approach of watchful waiting for 13 weeks, followed by low-intensity psychosocial interventions and, if unsuccessful, by more complex and intense interventions. (3)

Professor John Snowdon, clinical professor of psychiatry at the University of Sydney, said the fact all groups in the study had an improvement in depression scores meant something was helping.

Professor Snowdon said prescribing a vitamin pill might be useful as a substitute for a placebo. “Maybe the person taking a pill and knowing that the GP recognises they are depressed may help them,” he said.

“But you are not going to be doing this obviously if somebody is suicidal or has a severe depression, a melancholic depression.”

In a letter to the MJA earlier this year, Professor Snowdon reported on a 2009 survey of psychotropic medication use in Sydney nursing homes, which found regular use of antipsychotic medication had increased by about 19% since 2003. (4)

He told MJA InSight a host of other things could be done to alleviate depression, including talking to the patients, involving them in activities, helping them gain a sense of control over their lives and raising their self-esteem.

3. National Institute for Health and Clinical Excellence. Depression: the treatment and management of depression in adults (update).