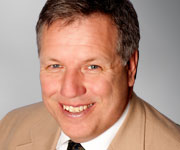 Australia did consider and pursue a codified approach to patients’ rights at the same time as preliminary legislation was being debated in the NZ parliament. This work culminated in the Australian Charter of Healthcare Rights (ACHR), endorsed by all Australian health ministers in July 2008.

However, the ACHR is not a statutory document and outlines principles of entitlement rather than legal rights enshrined in law.

Does this lead to significant differences in the way the health systems of Australia and NZ approach patients’ rights? How does the ACHR stack up in comparison with the NZ code?

Both codes cover similar rights — respect, communication and information, appropriate standards and safety, and participation in decisions and consent. It does not appear that any of the rights described in the HDC Act are absent in the ACHR. On the contrary, rights regarding access and privacy are implied in the Australian Charter and not mentioned in the NZ code.

But just as the scope of the two codes is similar, so are their respective limitations.

In neither country do the codes create freestanding rights to health care. Rather, they outline existing rights and frame them within a health care context. These are used to guide the deliberations of groups and organisations that represent the interests of patients and governments when investigating potential breaches.

In NZ, there is very limited opportunity for patients to claim legal damages or other legal remedy even if a breach is admitted or proven. Compensation for personal injury is covered by NZ’s statutory compensation scheme. The rare instances of damages awarded (there have been 11) have been for humiliation, loss of dignity or punitive damages.

The main effect of the NZ code has been to provide complainants with various entitlements and a statutory complaints process that did not previously exist.

In contrast, the ACHR describes principles to guide health care professionals and organisations. Organisations in particular, such as hospitals, are invited to consider how they may incorporate the rights of patients into their systems and practices.

Individual practitioners can expect their obligations to uphold patients’ rights to be part of considerations when matters are before professional and disciplinary bodies. All states have established statutory health complaints mechanisms (such as the Health Care Complaints Commission in NSW), which have powers to conduct investigations and, when appropriate, can refer doctors to the Medical Board of Australia.

Of course, aggrieved patients in Australia have recourse to the law if they have suffered an injury. A combination of civil and disciplinary sanctions provides significant protection to the public.

Interestingly, Victoria and the ACT have gone one step further and introduced human rights acts that underpin obligations on parliaments and public authorities regarding their activities and people’s rights. However, it is clear that neither the ACHR nor these human rights acts require governments in Australia to provide care or resources to patients as a legal right.

Ultimately, in both countries, patients’ rights are taken seriously enough to result in significant effort to respect them and provide recourse to address perceived failures. But in neither country do patients’ rights impose legal obligations on governments to provide access to specific services no matter how important they might be.

Patients’ rights are invoked by politicians when imposing disciplines on health care providers, but not when forming their own political plans.

Dr Andrew Pesce is the immediate past president of the AMA and an obstetrician practising in Sydney.