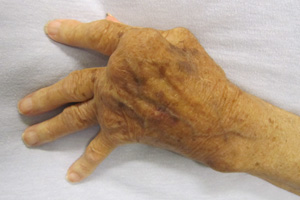 Some immunosuppressants may lower diabetes risk

SELECTED immunosuppressive drugs are associated with a reduced risk of diabetes among people with psoriasis or rheumatoid arthritis, according to new research in JAMA.

The retrospective cohort study found that among 13 905 patients with psoriasis or rheumatoid arthritis, those who started on a TNFinhibitor or hydroxychloroquine had a lower risk of developing diabetes than those on other disease-modifying anti-rheumatic drugs (DMARDs). (1)

The systemic inflammation involved in both rheumatoid arthritis and psoriasis may cause insulin resistance and diabetes, while DMARDs are directed against the inflammatory response, the researchers wrote.

Previous research had shown that TNF inhibitors improved insulin resistance, and that hydroxychloroquine was associated with a reduced risk of diabetes.

“Taken in the context of prior research, the current study supports the potential role for systemic immunosuppression in prevention and control of diabetes mellitus”, the researchers wrote.

Dr Lynden Roberts, director of rheumatology at Townsville Hospital, said this study was “intriguing” and added weight to understanding the role of TNF inhibitors in preventing diabetes, as previous data had been mixed.

However, it was not possible to determine if the mechanism involved was the reduction in systemic inflammation, because the research did not measure inflammation, Dr Roberts said.

The possibility that reducing systemic inflammation reduced the risk of diabetes remained a “tantalising research question”, he said.

“What they showed was that people who went on these drugs were less likely to get diabetes … it looks like one additional benefit of these drugs may be that they prevent diabetes”, he said.

A related editorial in JAMA said the research raised the question of whether specific anti-inflammatory agents should be preferred for their potential benefits on comorbid diabetes. (2)

“Such a dual effect would allow clinicians to minimise use of additional antidiabetic medications or possibly prevent the development of disease altogether,” the editorial said.

Dr Roberts said the findings were not a reason to switch patients to a TNF inhibitor, particularly because of the high cost of these drugs. The daily cost of biologic DMARDs such as TNF inhibitors is of a similar order to the annual cost of methotrexate. (3)

Dr Roberts said the study had not controlled for some important confounders, such as obesity or alcohol use.