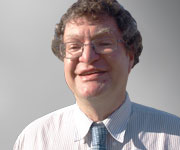 THE recent rapid increase in the popularity of low-carbohydrate beers in Australia and other countries has been argued to be more of a community health risk than a healthy alternative to traditional beers.

This contention has since been supported by a survey conducted by the Victorian Health Promotion Foundation (VicHealth), which found that “low carbohydrate beer drinkers mistakenly believe these beverages are a healthier choice than other varieties”. Seventy-one per cent of respondents believed that low-carbohydrate beer is healthier than full-carbohydrate beer, despite having the same alcohol content.

The potentially insidious marketing of health benefits for alcohol products has recently been followed by the release of lower-alcohol, lower-calorie wines such as the McWilliam’s Balance range, Cockatoo Ridge’s Low Calorie Brut Cuvée, Beringer Blass’s White Lie, and the JMB Beverages Brightlite range.

The health-based marketing of these wines is similar to that of low-carb beer — it implies that consuming these products is healthier than consuming traditional versions. This implied health benefit message is reinforced by endorsement of McWilliam’s Balance wines by Weight Watchers and inclusion of these wines in the Weight Watchers diet program, which is followed by more than 1.8 million Australians annually.

Presently, the Australian Government is considering making alcohol companies display nutritional information and ingredients on all beer, wine and spirits labels as a result of a submission by the Alcohol and other Drugs Council of Australia.

Governments need to modify food regulations to help make the message more explicit — lower-alcohol, lower-calorie wines are not a licence to drink to your own health.