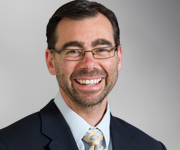 IN the past two decades Australia has built a global reputation as a centre of excellence in clinical trials, on the back of an excellent medical research base and highly educated and skilled research scientists.

The Australian medicines industry attracts more than $1 billion a year in research and development (R&D) investment and the private sector funds 65% of Australia’s clinical trials. But there are some worrying signs that we are starting to lose these trials to other countries.

Recent Therapeutic Goods Administration data reported the third straight fall in the annual number of new clinical trials in Australia — an average decline of 13% a year.

The reality for Australia is that emerging markets like Asia and Europe are becoming increasingly competitive in terms of their skills, infrastructure and expertise in conducting clinical trials, while also maintaining their relative cost competitiveness.

Only with the right policy settings can we hope to grow our R&D industry and keep cutting-edge medical science in Australia. So what needs to happen to ensure we become more competitive in attracting global R&D investment?

We need to get the financial, policy and regulatory settings right.

For a start, the federal government must deliver on its promise to fix the problem by implementing the recommendations of its own Clinical Trials Action Group (CTAG). The CTAG recommendations set out a roadmap to reform the regulatory environment for conducting clinical trials by reducing the three biggest obstacles confronting clinical trials in Australia — the time it takes to start a trial here, the cost and patient recruitment.

Arguably, the most important of the CTAG recommendations is to harmonise the ethics, governance and scientific approval processes for trials. There is no mutual framework whereby, if a company gets approval for a clinical trial at one site, that approval is then recognised by other sites in Australia.

In the 21st century, this is simply madness. The problem should have been fixed long ago.

I commend the NSW Health Department for taking the lead in establishing a single ethics review process for the state. This has been followed by Victoria and Queensland. But we need a national system.

The NHMRC has been working on a nationally harmonised ethics review system for multicentred research for several years, but it still hasn’t come to fruition. The CTAG has also recommended measures to improve patient recruitment, by developing a consumer-friendly web portal to bridge the gap between prospective participants and researchers leading clinical trials, and better coordinating trials networks.

The other important recommendation is to ensure trial costs are internationally competitive by developing a nationally standardised schedule of fees for common activities and services associated with clinical trials.

Quickly implementing all of these measures will help return Australia to the forefront of global medical research, and I am encouraged that the government has made a commitment to implement all of the CTAG recommendations by July this year.

As Health Minister Nicola Roxon and Innovation Minister Senator Kim Carr noted in the foreword of the CTAG report, these “are important microeconomic reforms that will lead to improved productivity and have benefits for patients, industry, researchers and governments”.

Let’s hope the government goes ahead with its commitment to these recommendations so we see a turnaround in the recent decline in clinical trial activity in this country.

Dr Brendan Shaw is the chief executive of Medicines Australia.