Shirley Alexander: Fat and healthy ― is it possible? 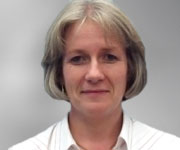 OBESITY is a global epidemic that has been likened to the public health equivalent of climate change.

First recognised by the Greeks as a medical disorder, and widely defined as a “medical condition in which excess body fat has accumulated to the extent that it may have an adverse effect on health”, obesity is associated with a myriad health concerns, ranging from type 2 diabetes and heart disease to osteoarthritis and cancer.

The greater the degree of excess fat, the greater the health risk, including the prospect of an early demise. Those who are above what is deemed the healthy weight range are also subject to psychosocial adversities including stigmatisation and discrimination.

While the effects of obesity may vary among individuals from the apparently negligible to the life threatening, being obese is seen in most westernised countries as an undesirable state. Consequently, those who are overweight or obese are encouraged, if not guilt tripped, into attempts at losing weight to attain a healthier body mass index (BMI) and, by default, a more socially acceptable body image.

Advocates for body acceptance, no matter the size — such as the United States-based National Association to Advance Fat Acceptance and Association for Size Diversity and Health — are concerned that focusing on losing weight per se creates its own problems, which include eating disorders and body dissatisfaction.

Moreover, evidence suggests that, in some people, improvements in health can be achieved without weight loss. The emerging  Health at Every Size (HAES) movement shifts the focus from weight management to health promotion. HAES challenges the value of promoting weight loss and dieting.

In a recent article in the Nutrition Journal, the authors (who are HAES advocates) present evidence favouring a move towards accepting your body for what it is and improving your health through adopting healthy behaviours rather than aiming to shed kilos.

But what is health?

According to the World Health Organization, health is “a state of complete physical, mental, and social well-being and not merely the absence of disease or infirmity”.

And what of health and obesity? The body was never designed to function effectively with excessive amounts of fatty tissue and, sooner or later, the deleterious effects of overweight will surface with undesirable consequences.

It is undoubtedly appropriate and admirable to aim for optimal health and wellbeing for all. It is also indisputable that people should be accepted for who they are and not judged by how much they weigh.

However, to ignore the need to lose those extra kilos — particularly for those who are at the extreme, debilitating end of the BMI spectrum — is to deny that excessive weight is a health issue.

Weight loss does not have to be about diets (commonly perceived as being restrictive and punitive), gruelling workout routines or creating body dissatisfaction. It should be about positive affirmations where tangible goals can be set, a sense of achievement can be realised and a multitude of benefits can be experienced.

The adoption of healthy dietary choices, exclusion of empty calories and incorporation of movement into daily routines — principles not dissimilar to those of HAES and promoted in the recent Australian Government “Swap it, don’t stop it” health campaign — help purge unwanted kilos.

The argument is, however, that weight maintenance is the real stumbling block as making healthy choices requires ongoing effort. With HAES or any other healthy lifestyle choice, responsibility for health (and weight) still lies squarely on the shoulders of the individual.

In these times of expanding waistlines where prevalence of obesity — particularly morbid obesity — continues to increase, governments must ensure that obesity-prevention policy is put into place to lessen our obesogenic environment and help make healthy choices become easy choices for all.

Dr Shirley Alexander is a paediatrician specialising in childhood and young adult obesity and staff specialist in Weight Management Services at the Children’s Hospital at Westmead, Sydney.

3 thoughts on “Shirley Alexander: Fat and healthy ― is it possible?”