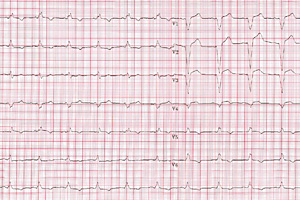 HOSPITALS are adopting evidence-based treatments for severe heart attacks but the speed at which they are implemented varies considerably, a long-term observational study has found.

The study, published in JAMA, showed an increased use in hospitals of evidence-based treatments and a corresponding decrease in mortality rates from severe heart attacks. (1)

The researchers analysed data on more than 60 000 patients at Swedish hospitals with a first-time diagnosis of ST-elevation myocardial infarction (STEMI) between 1996 and 2007.

They found that the use of evidence-based in-hospital treatments increased over time, sometimes considerably. For example, from 1996 to 2007, the use of any revascularisation within 14 days increased from 10% to 84%, while the use of glycoprotein IIb/IIIa inhibitors increased from 0% to 55%.

Large variations were found between hospitals regarding the speed of implementation of new treatments and medications, however the quality of care became more consistent across hospitals over time.

Hospital use of pharmacological therapies such as aspirin, beta-blockers, clopidogrel, statins and angiotensin-converting enzyme (ACE) inhibitors all increased during the study period.

The improved short-term and long-term mortality rates persisted after adjusting for changes in patients’ baseline characteristics.

In an associated editorial, Dr Debabrata Mukherjee, the chief of cardiovascular medicine at Texas Tech University, said one important finding of the research was that the adoption of evidence-based therapies by hospitals varied and was “gradual and slow”. (2)

“The results have significant clinical implications for clinicians, hospitals and patients. They point to an opportunity to improve the quality of care provided to patients with STEMI by decreasing the lag time for adoption of life-saving therapies and improving adherence to evidence-based care”, he wrote.

Dr Mukherjee suggested that new guidelines needed to be embedded into the care process, rather than simply disseminated among clinicians and health workers.

“The creation of systems and the inclusion of the patient, nurse and physician in a review of care priorities are methods that promote improvement in quality of health care.”

In another recent study on heart attacks, published in Heart journal, researchers found that STEMIs caused a larger infarct if they occurred between 6am and noon. Compared with STEMIs that occurred between noon and 6pm, the morning STEMIs had an increase in peak creatine kinase (CK) and troponin-I (TnI) concentrations of 18.3% and 24.6% respectively. (3)

An Australian position statement on acute coronary syndromes, including treatment of STEMI, was published in the MJA in 2009. (4)