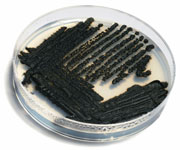 ANY patient who develops diarrhoea after antibiotic use or hospitalisation should be tested for Clostridium difficile, according to new infectious disease guidelines from the Australasian Society for Infectious Diseases.

The guidelines, published in the latest Medical Journal of Australia, were developed after the emergence in Australia of a hypervirulent “superbug” strain of C. difficile (ribotype 027). (1)

Since the late 1990s, this strain of C. difficile has become common in Europe and North America, where it has been associated with epidemic spread and high rates of severe disease and death.

The first case of the ribotype 027 strain thought to have been acquired in Australia was identified at a Melbourne hospital last year, in an 83-year-old man recovering from heart surgery. A report of the case, also published in the MJA, said that 5 days after his surgery, the patient developed watery diarrhoea that worsened despite 9 days of treatment with oral metronidazole. (3)

Subsequent clusters of the strain have been reported in residential aged care facilities.

The new guidelines recommend faecal tests for all patients who develop diarrhoea after hospitalisation or antibiotic therapy. In severe cases of C. difficile infection (CDI), additional tests are required to identify hypervirulent strains of the bacterium.

The recommended treatment regimen for initial infections and first recurrences is oral metronidazole for 10 days. Oral vancomycin is the preferred antibiotic for severe CDI and second or subsequent recurrences.

The guidelines suggest that surgery is indicated if there are signs of bowel perforation, toxic megacolon or ongoing severe sepsis despite treatment. “Refer patients with severe disease to a surgeon early,” the guidelines add.

The editorial said the identification of infected patients is the key to preventing transmission of the “superbug” strain.

“It is sobering to contemplate that what has occurred in the US, Canada and Europe is potentially and imminently on our doorstep.”