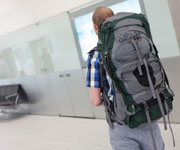 With epididymo-orchitis, think of mumps

GPs and emergency physicians should consider mumps when young travellers and unvaccinated adults present with epididymo-orchitis, infectious diseases doctors advise in a paper published in the MJA. (1)

Their advice comes after three cases in young travellers, who presented to a hospital emergency department with symptoms including painful scrotal swelling, fever, headache and marked parotid swelling.

Writing in “Lessons from practice” they said serological tests were recommended if a typical bacterial pathogen was not found.

“If mumps is recognised, there is an opportunity to interrupt direct transmission by isolating patients, especially travellers living in close contact with potentially non-immune people,” the authors said.

They said that, although mumps was well described in the literature, some GPs and hospital doctors may be inexperienced in its diagnosis and treatment because of the low prevalence of mumps in Australia.

The cases involved backpackers, including two who presented to the emergency department of a tertiary referral hospital with epididymo-orchitis.

The first patient, a 23-year-old unvaccinated French man, had a 7-day history of unilateral, then bilateral, painful scrotal swelling. He was treated with antibiotics for presumed sexually acquired epididymo-orchitis and discharged to a youth hostel, where he was staying.

The patient returned 10 days later with worsening scrotal pain, requiring him to be admitted and treated with analgesics.

Mumps serology revealed an elevated serum IgM level but undetectable IgG. The patient recalled mild parotid pain a week before his scrotal symptoms. He was treated in hospital with non-steroidal anti-inflammatory drugs, paracetamol and bed rest and recovered after 2 days.

The second patient, a 25-year-old English man who came to Australia via Thailand, presented with fever for 3 days, then unilateral scrotal swelling and moderately severe headache.

He had been vaccinated against measles and rubella but not mumps.

On the sixth day of his illness he was admitted to hospital for pain management and inability to mobilise. Ultrasound investigations showed features of epididymo-orchitis and tests revealed an elevated IgM. IgG was undetectable.

He recovered after 4 days in hospital.

The third patient, an unvaccinated 25-year-old French woman who was the travelling companion of the first patient, presented a month after her companion with 2 days of fever, marked parotid swelling and dry mouth.

A saliva sample tested positive for mumps PCR and she was hospitalised for 3 days. The hospital instigated droplet isolation precautions, including a single room and the use of facemasks, with this patient.

The authors said the three travellers had missed childhood mumps vaccinations and opportunities for pre-travel vaccination.

There was diagnostic uncertainty even with laboratory testing, particularly with the second patient, whose results showed the presence of both C. trachomatis, and the mumps virus.

The authors said notification of mumps was required in Australia and could help in identifying outbreaks.

“As home isolation during the infectious period is impractical for travellers living in communal accommodation, hospital admission could be justified to protect the health of both the individual and the public,” they said.

They said the cases were also a reminder to doctors to offer pre-travel MMR vaccination to susceptible adults.