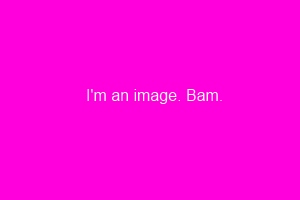 EXPERTS are divided over whether the influenza vaccine should be recommended for healthy young children following a Finnish study showing it was effective in preventing flu in young children, including those aged under 2 years.(1)

The study was prompted by the paucity of data on the effectiveness of flu vaccines in young children, which has been a barrier to more widespread vaccination of children.

Published in The Lancet Infectious Diseases, the study looked at the effectiveness of a trivalent inactivated influenza vaccine against laboratory-confirmed influenza A and B infections in a prospectively followed-up cohort of 631 children aged from 9 months to 3 years.

The findings suggested the vaccine was effective when there was a good antigenic match between the vaccine and the circulating strains, and no adverse events were reported.

“Our findings suggest that influenza vaccine recommendations should be reassessed in most countries,” the authors said.

The study was funded by F Hoffmann-La Roche.

Professor Terry Nolan, chair of the Australian Technical Advisory Group on Immunisation, said he would recommend flu vaccination for children aged 9 months to 3 years in Australia.

The Australian Immunisation Handbook includes a general recommendation for flu vaccine for all people above 6 months of age.(2)

The vaccine was currently funded under the National Immunisation Program (NIP) for people aged over 6 months with at-risk medical conditions, Professor Nolan said.

But no application had yet been made by a manufacturer or other party to the Pharmaceutical Benefits Advisory Committee to list flu vaccine on the NIP for healthy young children.

“One hopes that this recent Finnish trial will add strength to the evidence base for such an application,” Professor Nolan said.

Associate Professor Dominic Fitzgerald, paediatric respiratory physician at the Children’s Hospital at Westmead, Sydney, said he would not recommend flu vaccination for all children at this stage.

“I would recommend flu vaccination for children over 6 months where they have an underlying condition which may predispose [them] to a more severe chest problem, for example, cystic fibrosis or chronic neonatal lung disease of prematurity,” he said.

Dr Nick Wood, senior clinical research fellow at the National Centre for Immunisation Research and Surveillance, said the results were interesting and went against a Cochrane review, which suggested there was no efficacy of the vaccine in children under 2 years.(3)

“The problem, as the authors point out, is it is not a randomised, double-blind [controlled trial]; but it does show that the vaccine is effective in reducing lab-confirmed flu,” he said.

Children aged 9 months to 3 years traditionally had a higher risk of hospitalisation with influenza than older children.

Professor Nolan said a remaining challenge in including flu vaccine on the NIP would be to ensure there was an effective mechanism to deliver the vaccine so uptake levels were high, he said.

“An annual vaccine, with a 2-dose requirement in the first year of administration, is a significant challenge for providers,” he said.

Professor Nolan said concerns over the flu vaccine, resulting from the side effects it caused in some children earlier this year, may have made experts more wary in Australia, but the side effects only related to CSL’s Fluvax Junior.

“There should be no concern about the safety, adverse event profile or effectiveness of other manufacturers’ flu vaccines in infants over 6 months of age and young children,” he said.

Dr Wood said that next year, “because of the problems we have had this year, it is likely there will be trials done prior to the commencement of the widespread flu vaccination to look for adverse events”.