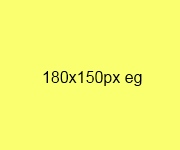 A PSYCHIATRIST who missed out on a job because of explicit drunken photos on Myspace, a doctor rejected by employers because a Google search revealed an interest in witchcraft, a doctor facing potential defamation charges for posting a blast about a colleague’s alleged incompetence on a social networking site…

These are just some of the real-life cases documented in new Australian guidelines covering doctors’ use of social media.

The guidelines, produced by the AMA, the Australian Medical Students’ Association and their New Zealand counterparts, offer useful advice on avoiding the pitfalls of using sites such as Facebook, Myspace and Twitter.

The guidelines warn that it may not be enough to disguise a patient’s identity in an individual post if other information available online is going to help identify them.

It’s probably not surprising the new guidelines focus on the risks rather than the benefits of social media, though it would be nice to think the balance might shift down the track as we all become more used to this brave new world.

In their focus on preserving boundaries between doctor and patient, the guidelines recommend against accepting patients as Facebook friends, for example, or at least setting up two Facebook profiles, a private one and a public one accessible to patients.

That’s not a bad suggestion: it’s a strategy adopted by many celebrities to allow them to interact with fans while keeping their relationships with friends and family private.

Many, perhaps most, doctors will want to preserve those traditional boundaries between doctors and patients and there’s nothing wrong with that.

But it’s worth at least asking whether maintenance of such boundaries is an essential component of ethical medical practice.

US paediatric endocrinologist Dr Jennifer Shine Dyer is one who believes breaking down the boundaries has made her a better doctor.

Her prolific use of social media helps build better relationships with her teenage diabetes patients and improves their compliance with treatment, she says.

Dyer, an assistant professor at The Ohio State University, uses Twitter as a tool to promote health literacy and also accepts patients as Facebook friends, answering their medical queries through private messages on the site.

“They don’t really use email,” she says of her young patients.

“They say that only the old people use email, you know, like me…”

But perhaps most strikingly, she says, “I think that social media, that direct connection, better communication with my patients, just has brought the joy back to my career…”

Let’s hope future editions of the social media guidelines address not just the undeniable risks, but also the kinds of opportunities Dyer has identified.

Jane McCredie is a Sydney-based science and medicine writer. She has worked for Melbourne’s The Age and contributed to publications including the BMJ, The Australian and the Sydney Morning Herald. She is also a former news and features editor with Australian Doctor. Her book, Making girls and boys, on the science of sex and gender, will be published by UNSW Press early next year.